Everything You Need to Know About Rational Emotive Behavioral Therapy 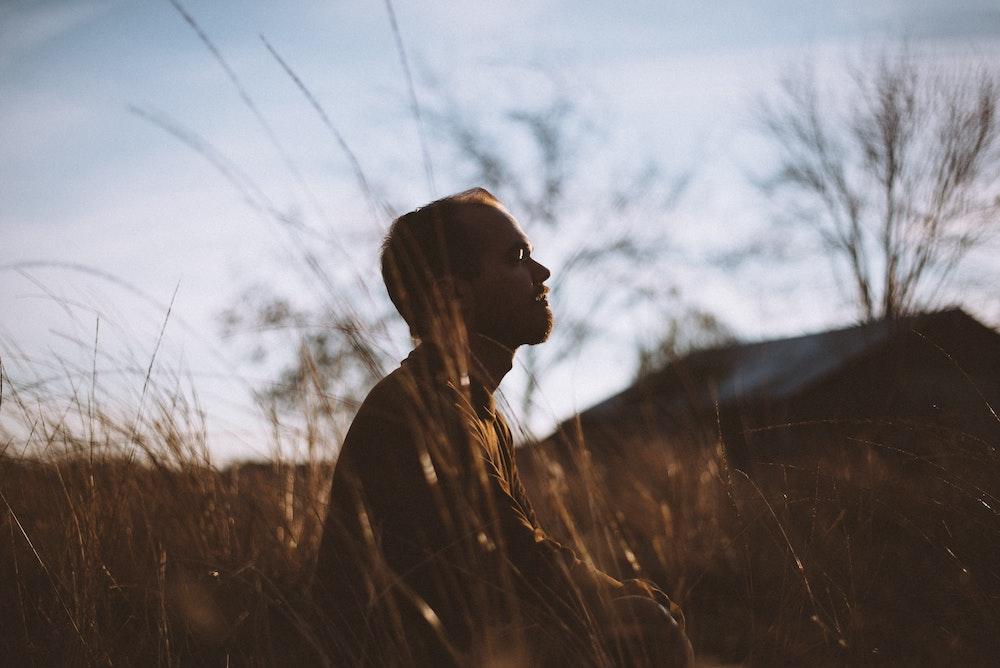 If you have been looking for a type of therapy that can help you manage your depression, anxiety, burnout, addiction disorders, or sleep problems, you’ve probably come across Rational Emotive Behavioral Therapy, also known as REBT. Developed by Dr. Albert Ellis in the 50s, this form of cognitive behavioral therapy (CBT) helps identify irrational, negative thought patterns that enhance the emotional and behavioral disorders you’re currently struggling with.

The REBT method works by pinpointing and modifying disjointed thought patterns in order to relieve chronic emotional distress. Recent studies have pointed out that REBT can be quite effective as a stress management method.

But how does it work? Well, in this article, we’ll break down what Rational Emotive Behavioral Therapy (REBT) is, the conditions and results it can provide, and how psychotherapists can help you apply it to challenge the mental disorders that are holding you back.

When your thought patterns are influenced by stress, worry, or unattended self-sabotage, they nurture irrational beliefs which can amplify certain types of mental disorders, including anxiety, depression, aggression, and more. Rational Emotive Behavioral Therapy (REBT) helps you rationalize these thoughts and alter their pattern to overcome psychological problems.

The REBT method works on the idea that cognition, emotion, and behavior are connected. REBT points out that emotional or mental disorders have a complex root cause which will be unique and different among people. For example, anxiety disorders can be the results of one or multiple situations which shaped a specific thought pattern in a patient’s mind.

John Doe once encountered the raging voice of his boss, which now triggers anxiety every time his boss’ tone of voice changes. For John Doe, REBT would focus on detaching the emotional distress from the specific trigger that is his boss’ tone of voice. While this may seem like a simplistic example, this situation requires a deep exploration of the thought pattern itself – through the identification of meaning and rationality –  to be changed. This multimodal approach can be done with the REBT method.

How effective is REBT?

Rational Emotive Behavioral Therapy (REBT) is commonly used to help people suffering from a variety of disorders including:

As REBT is a scientific and evidence-based form of psychotherapy, there are numerous studies showing its benefit in modifying detrimental thought patterns. An Irish study on 397 students with anxiety and depression recorded 34% improvement of thought patterns when the REBT method was consistently applied. Another study focusing on addiction disorders found that REBT treatments resulted in a reduction of psychological and behavioral disruption among patients with an alcohol addiction.

Overall, Rational Emotive Behavioral Therapy (REBT) has been linked to numerous research, whether that’s to relieve burnout among medical staff or to support a wide range of mental health issues within certain social groups, like athletes. The core strength of REBT is that the method can be applied to almost any mental disorder – no matter its root cause – and be effective.

How is REBT applied in psychotherapy?

One of the core concepts of REBT used by psychotherapists is the ABC technique, which highlights how an irrational thought pattern is created to then nurture a mental disorder. For example, the ABC technique points out that while you may blame external factors for a situation that upsets you, it is in fact your interpretation of that situation that triggers a distress. The ABC method in Rational Emotive Behavioral Therapy (REBT) aims to challenge this interpretation.

During an Rational Emotive Behavioral Therapy (REBT) session, your psychotherapist will help you apply the ABC technique in various levels of complexity to recalibrate your thought patterns. One of these levels will be to change the words you use to define a situation. The REBT method points out that words hold power over our emotions and applying “must”, “need”, “should” into your reasoning will further cement an irrational thought pattern. Alternatively, the use of softer words such as “prefer” or “would like” can help you step in the right direction, towards problem-solving, cognitive-restructuring, and rationalization.

Overall, a psychotherapist teaches you the tools needed to cope with the various distressing situations which influence your mental disorder. And while it seems that with a little bit of training you can apply the REBT method on your own, it is often difficult for people to be conscious of their irrational thought patterns as they occur, as well as replacing them with healthier beliefs. A psychotherapist familiar with the Rational Emotive Behavioral Therapy (REBT) method is trained to find unconscious patterns and equip patients with the method that will resonate the most with them.

At Wellness Road Psychology, we specialize in the latest cognitive and behavioral techniques – including CBT, ACT, and REBT – to help you overcome the mental issues that hold you back. If you’re interested in Rational Emotive Behavioral Therapy (REBT), speak with one of our psychotherapists today to find out how the method can help you. 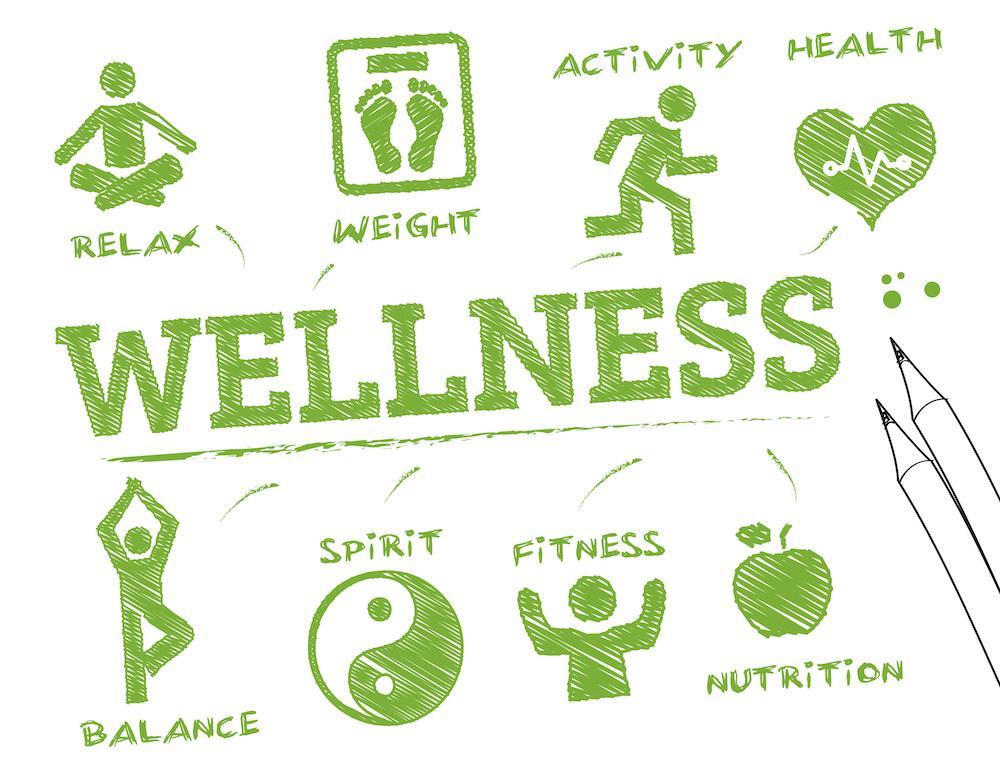 This article talks about integrative wellness, an approach that looks at how support systems, habits, and values affect mental health. It stresses the importance of being proactive and how therapy can help. 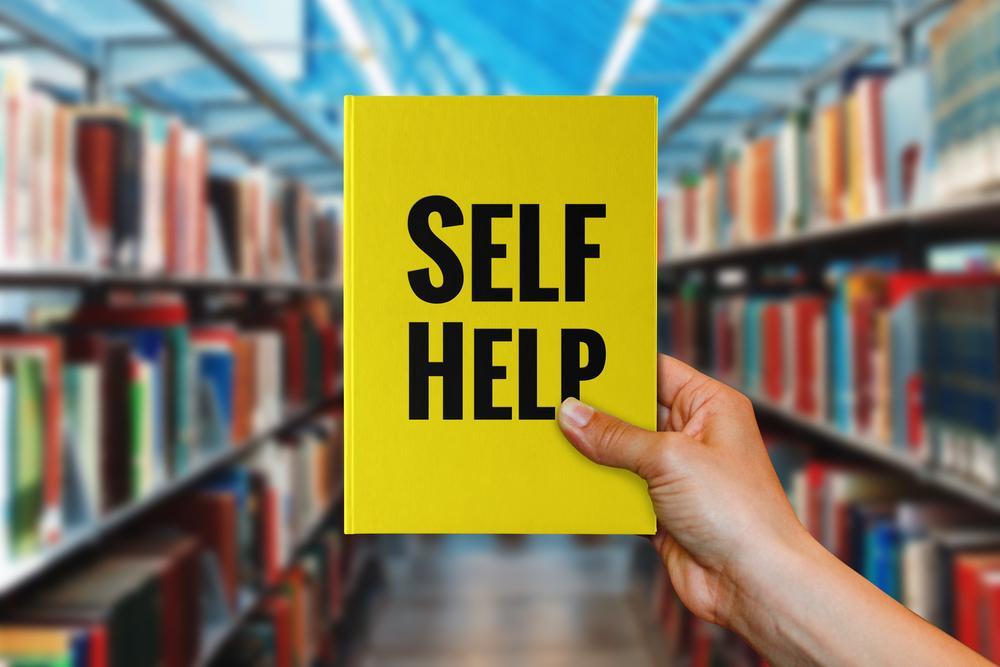 The Benefits of Self-Help Reading

Self-help books can improve emotional and psychological well-being, offer a more immersive experience than social media, are cost-effective, and provide privacy. They can be used alone or with other forms of therapy. 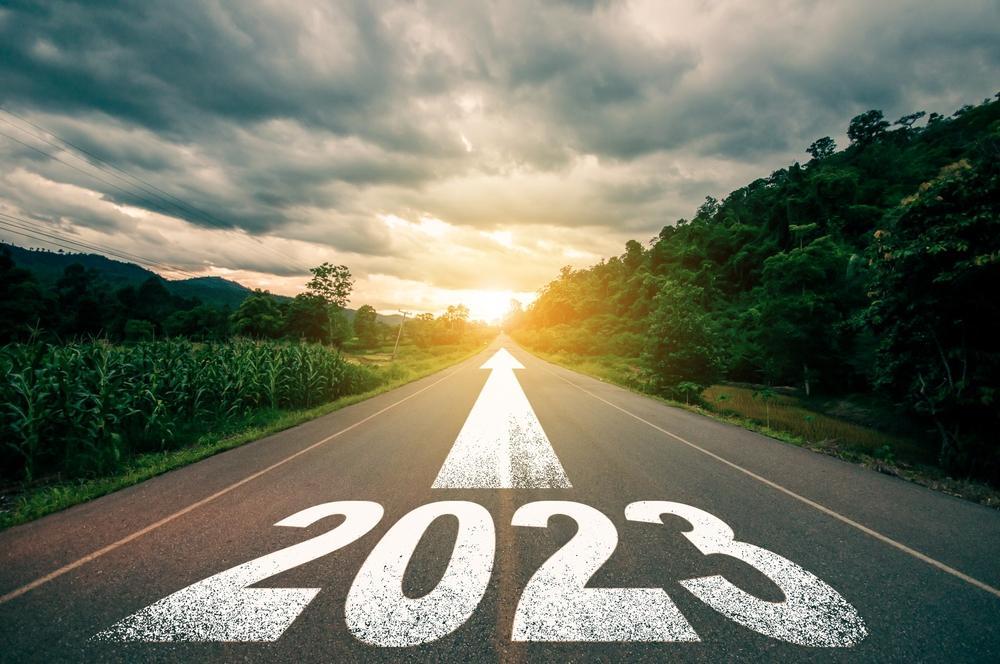 Adopting a new state of mind involves shifting the way you think and approach things and changing your mindset and perspective. It can help you to let go of negative thoughts and behaviors and focus on the positive, and become more open to new experiences. 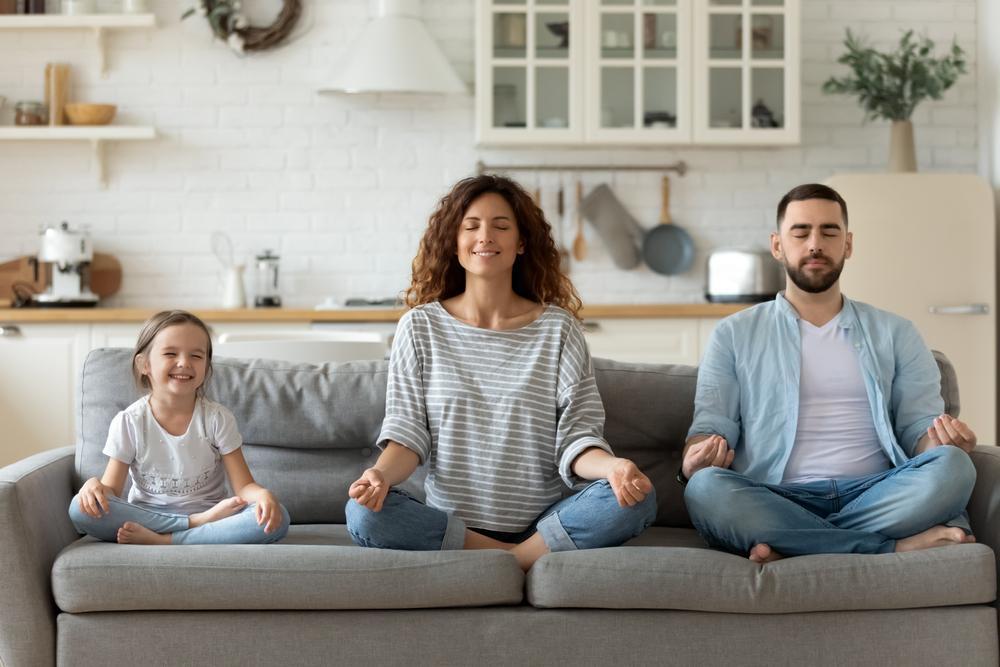 The Benefits of Meditation

Meditation is a popular tool for managing stress, anxiety, and overall well-being. It can reduce stress hormones, improve focus and concentration, improve sleep, strengthen the immune system, and even lead to physical changes in the brain. 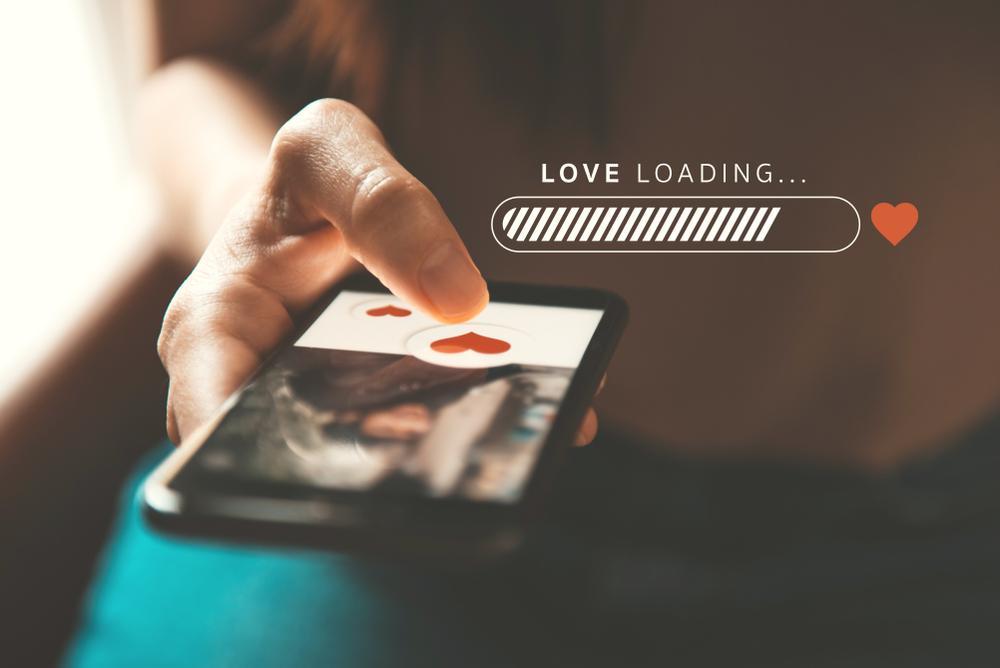 Dating can be both exciting and challenging, especially for people with mental health issues or a history of trauma. In this blog post, we offer tips and strategies for successful dating while prioritizing your mental health. 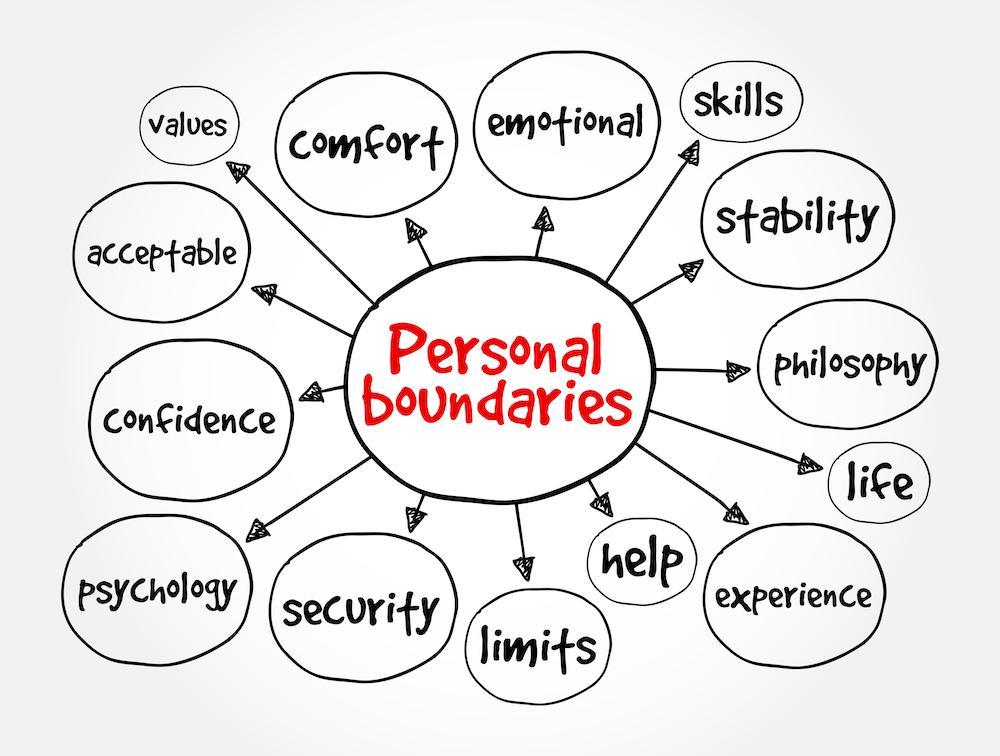 This article talks about boundaries in relationships during the holidays, some of the challenges involved, and how to set healthy boundaries with family.